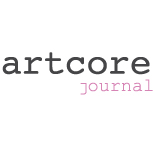 Review: “One, and Two, and More than Two” and the Exhibition as Extrovert by Natasha Chaykowski

‘One,’ and ‘two,’ and ‘more than two’ render three categories that neatly organize a prodigious quantity of art into an ordered system of classification. This exercise in categorizing is reflective of Toronto-based artist Micah Lexier’s sustained engagement with systems of classification, ordering, and the fissures that habitually riddle and destabilize such categorical methods. The survey exhibition of his work, One, and Two, and More Than Two (Let It Make Itself), at The Power Plant in Toronto (Sept. 21, 2013–Jan. 5, 2014), displayed a convergent assortment of solo projects (One), works made through collaboration (Two), and an exhibition of over 220 works by more than 100 Toronto-based artists, curated by Lexier (More Than Two). While One and Two are both compelling exhibitions autonomously, More Than Two revealed a critical departure from the formulaic modes typically used to visually and ideologically organize an exhibition. At this site, an excess of art materials, an extroverted exhibition as it were, were submitted to Lexier’s impulse to measure, organize, and make aesthetic sense among an otherwise disorderly and disparate assemblage of things.

The first category of the exhibition, One, comprised three of Lexier’s solo works. Monumental in scale, Self-Portrait as a Wall (1998/ 2013) anchored the exhibition and occupied the full length of the main corridor of the gallery with black vinyl text covering the walls. Endemic of Lexier’s practice, the work is at once sculptural and conceptual: sculptural in its formal relation to the scale of a human body and the possible abstraction of the letters, conceptual in its wry textual declaration. The text, which reads, “self-portrait as a wall divided proportionately between this black type representing life lived and the remaining white space representing life to come based on statistical life expectancy,” appears twice on opposite walls; one wall depicted the original work from 1998, while the other displayed the 2013 incarnation of the work. The formal difference, a thickening of the boldface font in the more recent version, is a poignant allusion to the decreasing number of years left in Lexier’s statistical life expectancy. In this gesture, he counters the risk of evoking pathos by implementing a strict system of measurement, almost clinical in its execution. Here, the messy, incalculable bits of life are submitted to Lexier’s inclination to categorize, providing a sense of order amidst the inherent chaos of the unknown. Other works in One similarly employ the systems of categorization that underpin Lexier’s artistic methodology writ large. This one, that one (2013), is the most recent of his solo projects, and demonstrates his foray into video. The seven-minute loop depicts a series of short gestures of the artist arranging and re-arranging various fragments of cardboard into new and at times playful configurations. Another solo work, Working as a Drawing (2010), comprise numerous preparatory drawings, drafts for potential works, scrawled notes, and installation configurations for example, by Lexier serving as a sort of mind map of the artist’s process. Like This one, that one, the oft unseen processes of art making, like preparing drawings as blueprints and trial and error configurations, are exhibited here as the final work of art. Micah Lexier, This One, That One, 2013, digital video projection, 07:40 min. Image courtesy the artist and Birch Contemporary.

The component exhibition Two, occupied the entire second floor of the gallery, luring spectators in with I Am the Coin (2009), a visually stunning installation of twenty-thousand custom minted coins arranged to narrate a story, referentially about coins, written by Canadian novelist Derek McCormack. This work and the two others in this section of the exhibition exemplify collaborative projects between Lexier and various literary artists. An ode to collaboration, Two explores the supportive networks within which art is created. This consideration continues through the third portion of the show. Micah Lexier in collaboration with Derek McCormack, I am the Coin, 2010, 20,000 custom-minted coins. Image courtesy the artist and Birch Contemporary.

In the exhibition section More Than Two (Let It Make Itself), Lexier took up the role of curator by organizing works by 101 Toronto-based artists. As such, this ‘exhibition within an exhibition’ implores varied questions regarding the auspices of curatorial authority, the artist as curator, and the potential capability of the exhibition as medium to provide insight regarding the artistic essence of a region.

For More Than Two, Lexier did countless studio visits in what he called a “six-month, self-imposed research assignment”.[i] As a result of his labor intensive curatorial research, Lexier chose 221 works by the aforementioned 101 artists, often selecting things for the exhibition that are not typically ascribed with the status of a completed work, like preparatory drawings, a discarded paint palette, and sculptural experiments gone awry. The inclusion of sketches and objects associated with the make of a work is indicative of the convergence of Lexier’s curatorial ethos and his aesthetic sensibilities; curatorially, he sought out and selected particular objects that also speak to this artistic interest in the procedural. Micah Lexier, More Than Two (Let It Make Itself), installation view, 2013. Image courtesy of the artist and Birch Contemporary.

Lexier’s complex curatorial logic is evinced in the exhibition’s precise organization; arranged meticulously in thirty vitrines, the hundreds of art objects ubiquitously speak to his taste and aesthetics that underpin his own artistic practice. While having exercised a particular curatorial authority in both the selection of works and the visual arrangement, Lexier relinquished the curatorial responsibility to draw connections and justify context as curators often do using didactics. Instead, the complicated connections, the critical interplay, and underlying regional associations, were left to the visitors to determine, redistributing deserved agency to both the exhibition and the viewer. Unmoored from over-determination, the exhibition does indeed make itself.

The embrace of curatorial practice and methodologies by artists has opened up the discipline to new critical inquiries, much like the radical re-conceptualization of art in the Avant-garde. Lexier, an artist as curator, is able to bypass typical curatorial conventions by operating under the auspices of artistic praxis. However, the inclusionary ethos of the exhibition, achieved by not adhering to conventional methods is curious; artist names are not displayed alongside their works, and the seemingly authorless objects that are arranged in vitrines recall a visual arrangement more closely ascribed to artifacts rather than art objects. Instead of serving as a group show of Toronto-based artists, More Than Two reads more like a large-scale sculptural work authored by Lexier, which connected seamlessly (in aesthetic and vested interest in both the procedural and the categorical) with the other two portions of the exhibition. Micah Lexier, More Than Two (Let It Make Itself), installation view, 2013. Image courtesy of the artist and Birch Contemporary.

More Than Two, with its dizzying effluence of art, is an exhibition as extrovert; it opens up critical possibilities for querying the limits of both extroversion and the exhibition as medium. But does its bold method serve to contribute to the distilling of an essential character of art production in Toronto, a city reputed to have a regional ethos that consistently eludes both qualification and quantification? Lexier described his curatorial endeavor as, “an anecdotal, idiosyncratic, decidedly non-definitive portrait of the Toronto art community,”[ii] and is well aware of the limits and challenges in determining anything decidedly about any regional art community. One, and Two, and More Than Two complicates the premise that an exhibition can express the character of a region; its use of excess still fails to encompass the details and particularities inherent to a city’s artscape. As such, this exercise in extroversion excludes the subtle and nuanced introversions that might characterize a region.

Rather than a portrait of Toronto, More Than Two, was a reflection of Lexier’s own intrinsic artistic sensibilities; his preoccupation with systems of organization exemplified in the impulse to categorize disparate practices, objects and ideas, creating order amidst chaos. Like many categorical systems, the allure of order is thwarted its limitations. Categories shift, grow and become obsolete, and are inevitably a temporary container for the otherwise entropic nature of things.

Natasha Chaykowski is a Toronto-based writer, emerging curator and art history graduate student at York University. Previously she was a curatorial intern at the Art Gallery of Ontario, and Curatorial Assistant for Preternatural (2012), an international exhibition of contemporary art in Ottawa. Recently, she co-curated the annual Emerging Artist Exhibition at InterAccess in Toronto. Her writing has been published in the Art & Science Journal, the Art Gallery of York University, esse: arts + opinions, Drain Magazine and the Journal of Curatorial Studies.

This entry was posted on February 16, 2014 by artcore journal in Issue 2: Introvert/Extrovert and tagged Micah Lexier, The Power Plant.